BioHack Your Diet With Cinnamon - How to Wisely Choose Your Cinnamon

Cinnamon is my personal favorite biohack! It is so easy to do something really good for myself, as long as I choose my Cinnamon wisely.

Not all cinnamon is the same, here's why; Coumarin is an aromatic compound found naturally in many plants. Its main source in food is cinnamon. In Europe and the United States, Chinese cassia (cinnamomum cassia) is the most common type of cinnamon used, and it contains large quantities of coumarin.

It is only the more rare, more expensive Ceylon Cinnamon Powder

(cinnamomum zeylanicum), which is very good for controlling blood sugar, that contains very little coumarin. This is important because coumarin can be toxic to the liver (hepatotoxic). In 2004 the European Food Safety Authority (EFSA) set a tolerable daily intake for coumarin at 0.1 mg per one kilo of body weight per day. So the regular liberal use of non-ceylon cinnamon, such as you’d find at Starbucks, is not recommended.

My favorite choice is easy to get from Amazon,

These are some GREAT reasons to add
cinnamon to your diet,

1. Regulates Blood Sugar; Research suggests that cinnamon could provide a helpful assist to folks with type 2 diabetes if used in conjunction with regular treatment, healthy eating, and an exercise plan. In addition, a study published in the American Journal of Clinical Nutrition found that a teaspoon of cinnamon helped tame blood sugar in people without diabetes.
Cinnamon’s reduction on blood sugar should lead to reduced sugar cravings, which is a plus for anyone hoping to lose weight. To start your day right, add cinnamon and a splash of milk to your morning coffee in place of the sugar and artificial creamer. Your waistline will thank you, and it is incredibly delicious, promise!

2. Calm Your Stomach AND Boost Immunity; Cinnamon has been used as a cold remedy and digestive aid throughout history. It can provide relief from indigestion, flatulence, heartburn, stomach cramps, and other digestive problems that make you say, “ew.”
Do bear in mind that eating a Cinnabon won’t exactly do much to help you , quite the opposite, but you could drop a stick of cinnamon in a hot cup of herbal tea to calm your stomach and boost your immunity from sickness.

3.  Increased Focus, Energy and Alertness; Several studies have shown that the invigorating scent of cinnamon oil provides a powerful boost to brain power that increases energy, focus, and alertness. Also, research presented by the Association for Chemoreception Sciences in 2004 found that chewing cinnamon flavored gum boosted the concentration of study participants. A USDA study found that cinnamon can prevent swelling of the brain and it is theorized that cinnamon could prevent Alzheimer’s disease.

4.  Soothe Your Sore Muscles; A study published in the International Journal of Preventive Medicine took a look at the potential healing powers of cinnamon and ginger by observing how these spices affected women who competed in the martial arts. Study participants were divided into three groups, with one group receiving three grams of powdered ginger per day, the second receiving three grams of powdered cinnamon per day, and the last group receiving a placebo powder. Both the ginger and cinnamon groups experienced decreased muscle soreness that was significant in comparison to the placebo group, making it clear that cinnamon can help you recover from exercise training.

5.  Fewer Bugs Bite You; A 2004 study in Taiwan found that cinnamon oil kills mosquito hatchlings. It isn’t yet known whether cinnamon also repels bugs or not, but if you’ve got a bug problem, use cinnamon for an environmentally friendly poison to rid yourself of the bugs that make you itch.

6. Shiny Teeth, Healthy Mouth; Have you ever noticed that gums, toothpastes, breath-mints, and mouthwashes typically have a cinnamon flavor? Although this is due in part to the simple fact that cinnamon is quite delicious, there’s more to the story: cinnamon gets rid of harmful bacteria in your mouth, preventing tooth decay and gum disease.
Posted by Unknown at 6:56 AM No comments:

Out of Sync From Flying? Grounding Yourself Will Result in Better Sleep

My favorite BioHack for this week is the Grounding Mat.

Grounding, also called Earthing, is a simple habit that will have you sleeping, feeling and looking better.

The theory is simple, that our bodies are accumulating positive charge all of the time as we are electrically insulated from the earth. The negative earth balances the positive charge and results in better health and energy.

Dave Asprey, Bulletproof guru and more, has done a smart job explaining the process here: How I Killed Jet Lag and Gained More REM Sleep Too. As Dave tells you, a simple copper wire stuck into the ground of any outlet, and connected to a sheet of aluminum foil under your feet will provide these results.

Thankfully Dave was not the first to endorse this wave of thinking. Several Earthing/Grounding Mats are out there for shoppers!

includes a mat, sheet, wrist bands and more. Earthing Sheets? Hmmm one can't help but wonder what benefits might be here. Seriously, the idea is to ground while you sleep. Dave Asprey also tells us that his sleep was being monitored and his results were impressive! 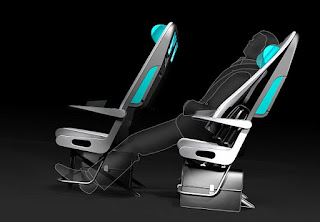 Finally, If you're flying soon, you might want to consider some of these tips, from from famous bio-hacker and Bulletproof Coffee inventor Dave Asprey is to “ground” yourself during the flight. You do this by placing your bare feet on the metal part of the seats in front of you connecting it to the floor.

Airplanes are grounded for safety in case of lightning strike so Asprey posits that you can ‘earth’ yourself and get rid of some of the negative charge that accumulates in your body from being bombarded with EMF in flight (i.e. Kruse’s plane as microwave theory).

Additionally, once you land in your destination try doing some barefoot activity outside with your feet in contact with the earth. This could involve walking along path, park or beach, hiking a trail or even just doing some yoga in your back yard. Asprey says that just 20 minutes of this “earthing” is enough to shake off most of his jet lag.
Posted by Unknown at 5:11 AM No comments:

I recently discovered bulletproof coffee and I LOVE IT.

It tastes amazing and is such a healthy energy boost that provides a lot of nutrition too. I was thinking wouldn't it be great to make portable shots for when travel, work and daily routine hinder making a fresh cup of Bulletproof at home. Here are Bulletproof Coffee Gummies. In addition to being healthy energy shots, they have the added benefit of grass fed gelatin, which is healthy and nourishing for so many reasons! 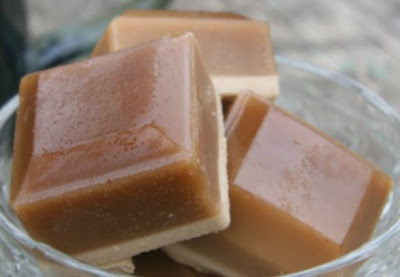 Blend all in your blender until mixed well and frothy. Pour into candy molds and put in the fridge until set (time varies from 20 minutes to 2 hours). Pop out of the molds and store in a baggy or jar until you are ready to eat them. These travel very well and provide a quick energy boost along with healthy fats and protein!

Please let me know how you like them!
Posted by Unknown at 11:46 AM No comments: 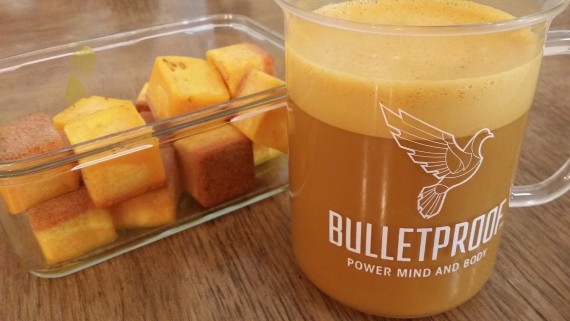 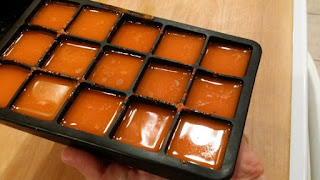